Comment: Surprisingly fruity, smooth and mouth filling. The whisky coats the palate and tickles the salivary gland with great euphoriant effect.
This is a perfect image of elegance, long selective maturation and thoughtfulness.

The picture doesn’t represent the actual bottling. However PING V is delivered in a similar bottle, packed in an exclusive gift box with tasting notes etc.

Mortlach’s main claim to fame is that it was the first of seven distilleries to be built in and around Dufftown. The distillery operates a unique distillation process which distills the spirit 2½ times. This, combined with the worm tubs used to condense the spirit, give the whisky the complexity for which it is renowned. This also makes the whisky suitable for longer ageing. Unlike most distilleries in Scotland, Mortlach was given permission to remain in production during most of World War II. Gordon & MacPhail have stocks of the rare war years whisky. 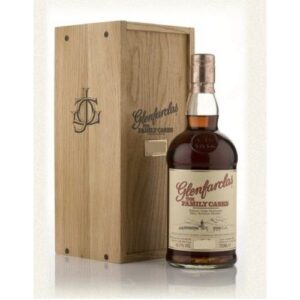 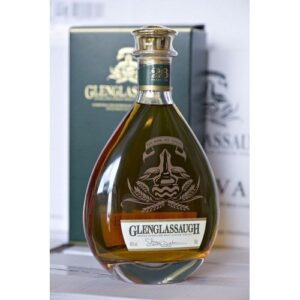 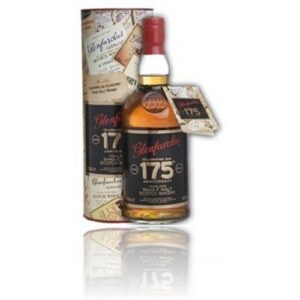 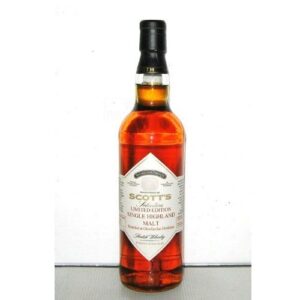 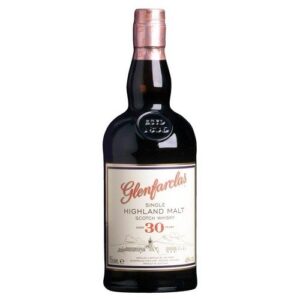 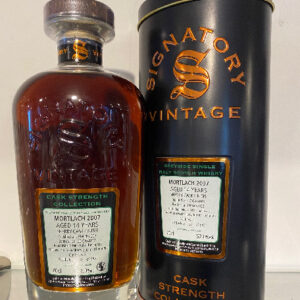 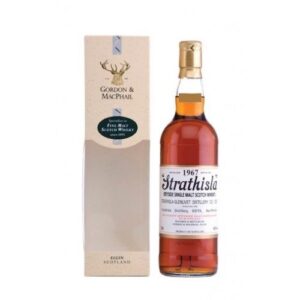 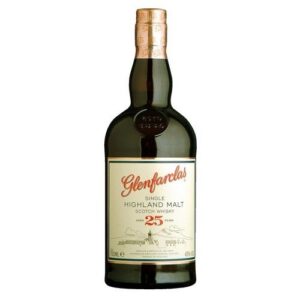